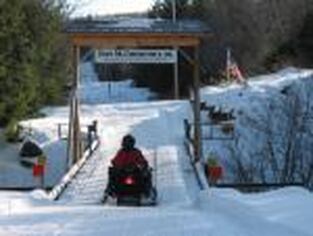 Churchill Bridge
The Rumford Polar Bears Snowmobile Club, Inc. is located in Rumford, a small rural town in Western Maine in the foothills of the White Mountains. Since its organization in 1970, the Club, through the efforts of many dedicated volunteers, has built a network of nearly 90 miles of trails.  All of the trails are located on private property and permission is obtained each year from the landowners for the use of these trails.  We are all thankful for the generosity of these Rumford landowners for the access we are granted.

The snowmobile trails are maintained by volunteers from the Club and are groomed with a Tucker 2000 groomer pulling a 9 foot-wide Mogul Master drag. Other grooming equipment consists of 4 utility sleds with 54 inch-wide drags. Volunteers work year-round to smooth and widen existing trails, build bridges, and brush out new trails.​
Our trail system connects with trails maintained by other area snowmobile clubs. ITS 82 is a major trail that pass through Rumford. These interconnecting trails make it possible to access the entire State of Maine as well as New Hampshire and Canada, opening up thousands of miles for sledding adventures! 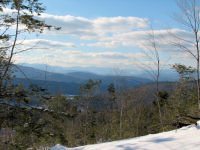 The Rumford Polar Bears Snowmobile Club trails are uncrowded and wind through the mountains and valleys of Western Maine, affording some spectacular views from many vantage points along the trail! (Click here to see photos taken along our trails.) Some lodging and restaurants are also accessible by sled. Come ride our trails and see for yourself!

For the convenience of riders trailering sleds, there are two Snowmobile Park and Ride locations.  The first is off U.S. Route 2 as it intersects with the South Rumford Road, just west of downtown Rumford.  The second is 1.5 miles further west on U.S. Route 2 at the parking lot of the old bowling alley site. 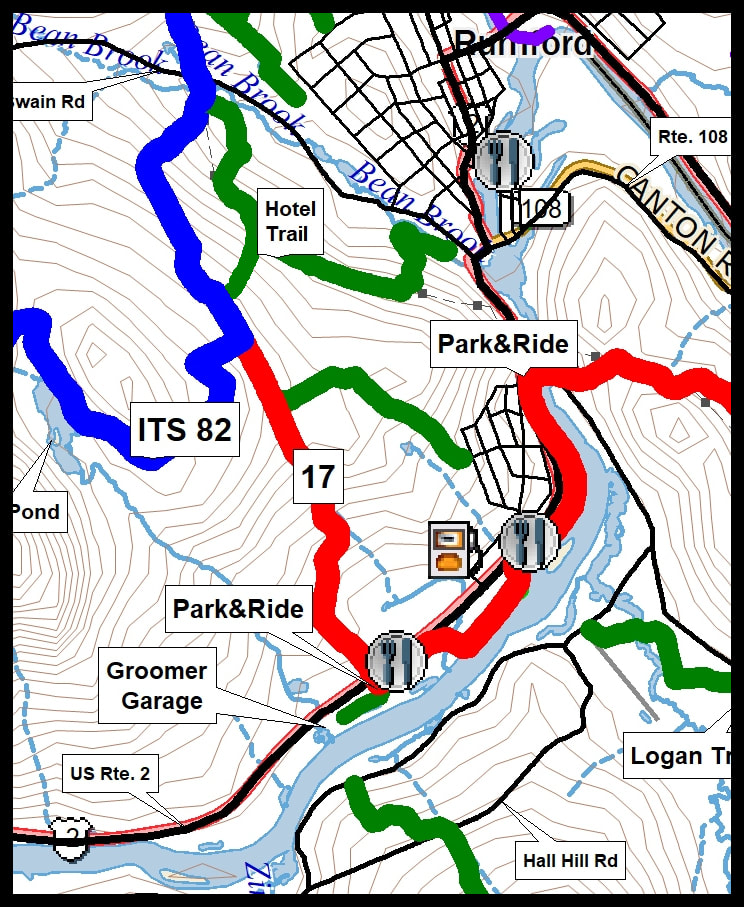